Wow! What a March. We had some serious ups and downs. Started out the beginning of the month chasing Tarpon and Snook in the river. We did have some heart breaks on the Tarpon, but not with the Snook.

Featured below is the Cotton family. They started the month with a 29 inch Snook. 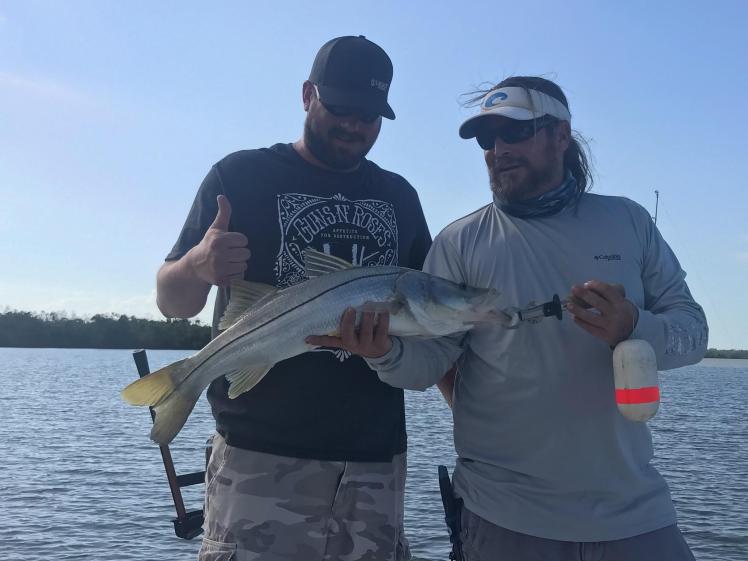 Then, into the second week, the Susi family got into chasing Tarpon.  Many more heartbreaks happened that morning. They wound up putting a lot of nice Trout in the cooler, and releasing a 27 inch Snook and a 4 foot Blacktip Shark. 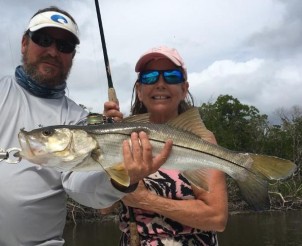 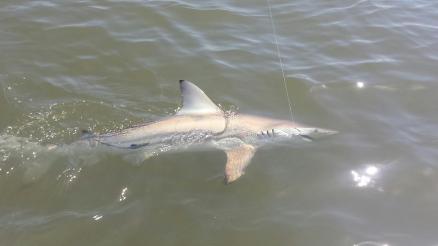 Next, Gregg came aboard. He smashed the Cotton family out of the “Biggest Fish of the Month” bracket, with his 33 inch Snook and plentiful Trout. 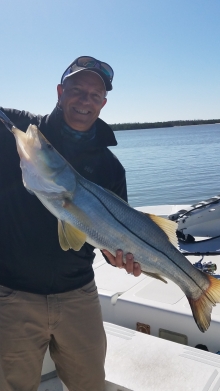 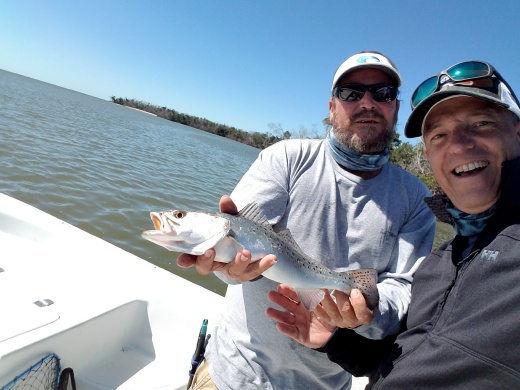 After that, Bill got onboard. We were chasing Redfish, Trout, and Black Drum. There were more Tarpon heartbreaks, too. 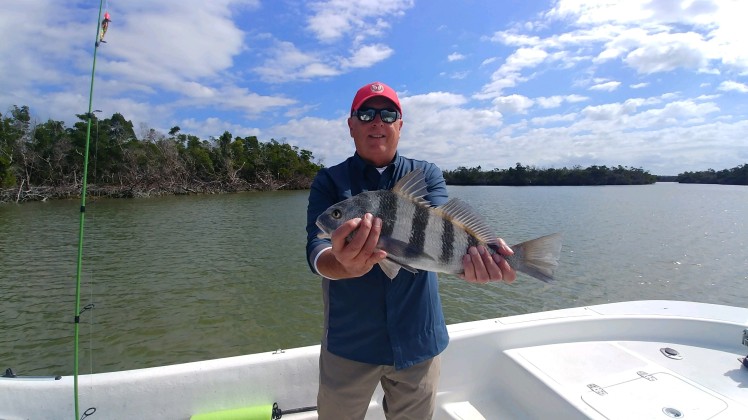 Continuing into the third week of March Madness with Spring Breakers aboard. We were chasing Shark, Redfish, Trout, and Snook. Many fish came aboard. I want to thank the Igoe, Morzenti, Kuligowski, Moultonat, and Keyser families for a great week of fishing. 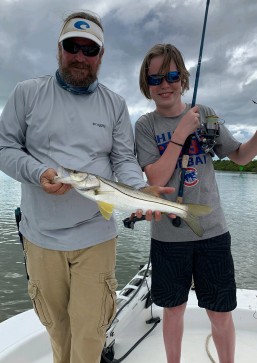 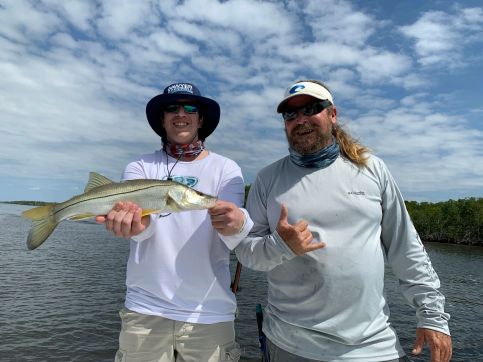 The fourth week of March Madness did not disappoint.  The Ingle, Cowan, Karsten, and Leone families. We are going to start a new bracket of Top Junior Angler, with Luke Karsten and his 31 inch Snook. 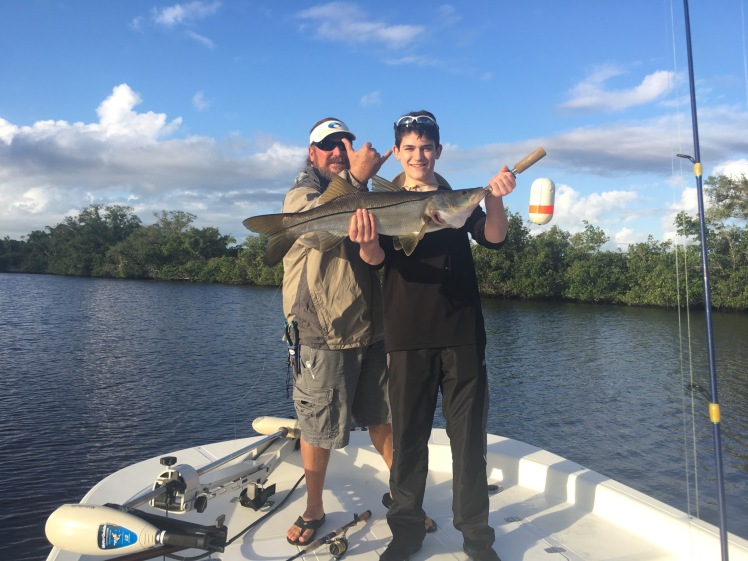 Then Bill came back onboard with some backup from Tampa. Casey smashed the Big Snook of the month, with this 40+ inch Snook. 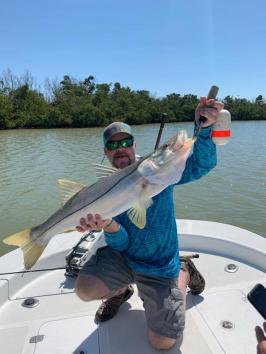 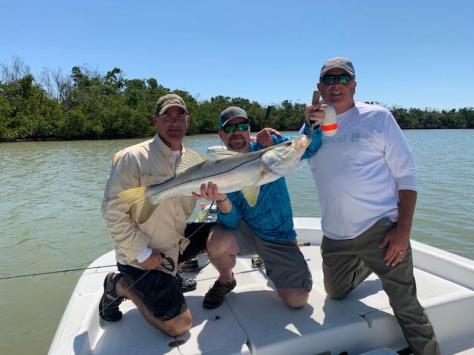 Rounding out March Madness, was returning customers, Jesse and Trenton, who smashed all the big fish of the month. Biggest Black Drum and Trenton’s first and Top Junior Angler 36 inch Snook are pictured below. 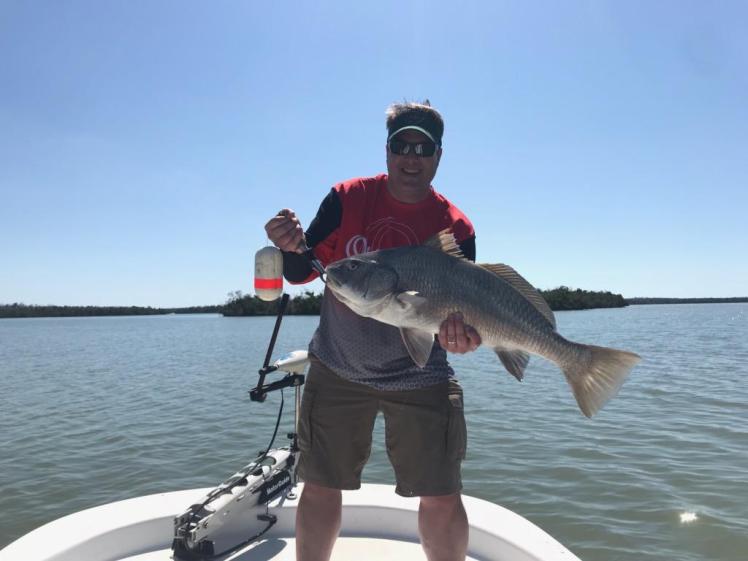 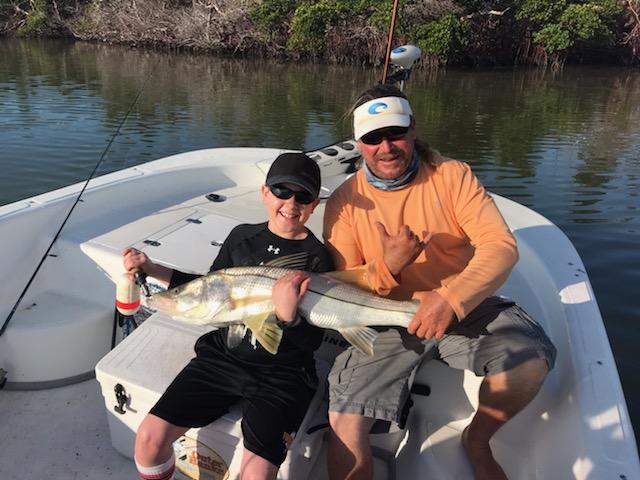 Here are a few more pictures from the end of the month. Casey took the Largest Trout of the month at 24 inches. 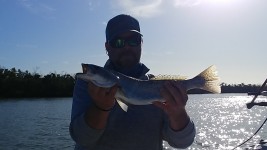 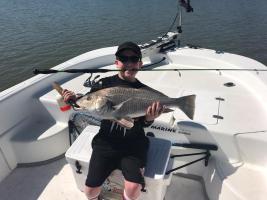 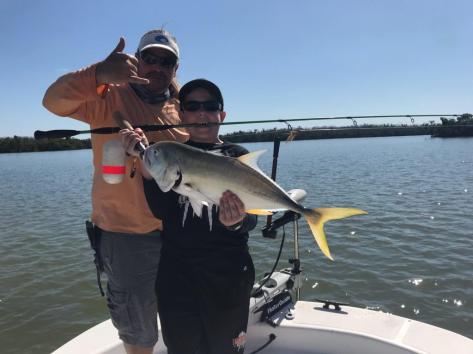 We are riding down the channels, telling everyone how big our fish are. 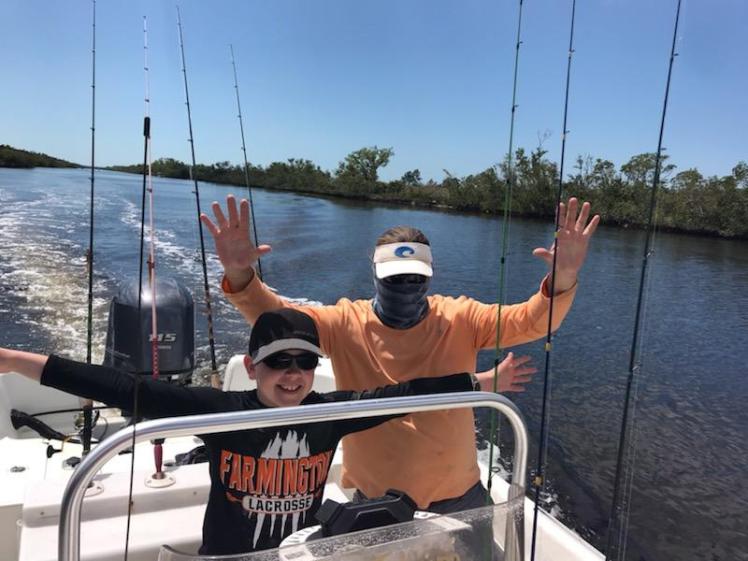 Tight lines to everyone.  April has already started out with a bang!