The last week of January continued with strong Sea Trout bites. We have also had an unheard of Snook bite. Pictured below is Andrew, while out Sheephead fishing. He was surprised with this beautiful winter Snook. (Notice the clearness) Also featured below is a picture of another client pulling in a January Snook 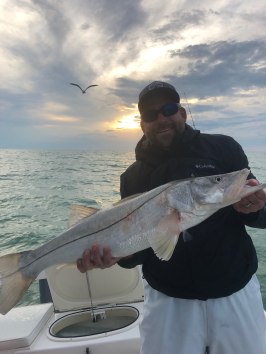 With unseasonably warm temperatures, but not breaking records, it has definitely changed the patterns here in the Ten Thousand Islands. Water temperatures have been inconsistent, and we’ve had big swings from week to week. For example, one week the temperatures are averaging 64 degrees.  Then next, they are averaging 74 degrees.  For those that are following me on this, you are probably wondering where are the big Drum pictures I usually post in February. Well…The schools haven’t shown up yet. I have spoken with friends, just to the north, and they say that the Drum are beginning to school. So, for the month of February, we caught more Trout, Snook, and juvenile Redfish.

We are starting a new trend on our blog. Winner of the Month Photo. Pictured below is Bob Roman with a beautiful 34 inch February Snook. 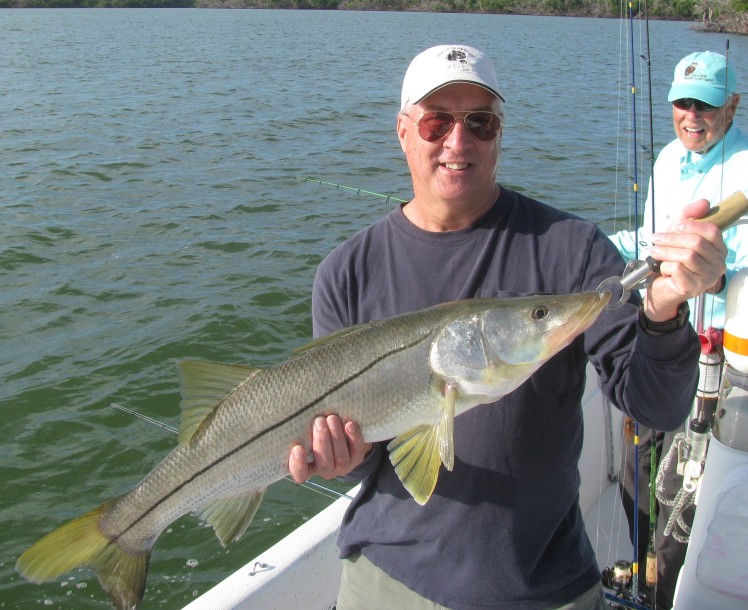 Here are the rest of the pictures from the month; more Trout, juvenile  Reds, and more Trout. 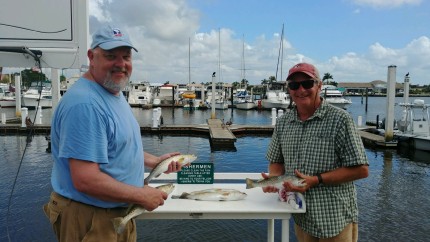 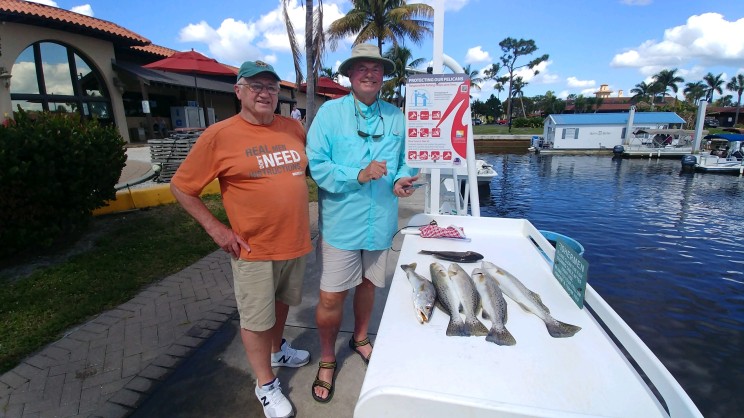 Almost everyone has gone home with a Trout dinner , February is one of the toughest months in my opinion.  To add to this month, the Bass bite is starting to heat up in the local canals in Naples. Here is a picture of what we are getting.

Water levels are high in the canals, but expected to drop any week now. When that happens, the Peacocks will be hitting hard.

What we have noticed in February is that the hatch has started to pop in regards to juvenile bait fish, which is a clear indicator that spring is about to happen. What I expect to see is more abundant predator fish.  Just in the last two days, I have seen more tarpon moving in to the Ten Thousand Islands, along with Jack Crivelle, Redfish, and Snook.