After Memorial Day Weekend, I went out to scout areas with fellow captain, Perry Prue, on one of his beach tours. Heading out through Gordon Pass, it was much quiter than during the busy holiday weekend. We were greated and followed to the beach by a pod of playful dolphin.  This is very common on both his beach trips and my eco and sightseeing trips. These guys were surfing our wake.

With low water in the cannals, I went out scouting the canals of Golden Gate Estates, looking for the elusive Peacock Bass.  I found them pretty easily.  They are a blast on top-water baits! 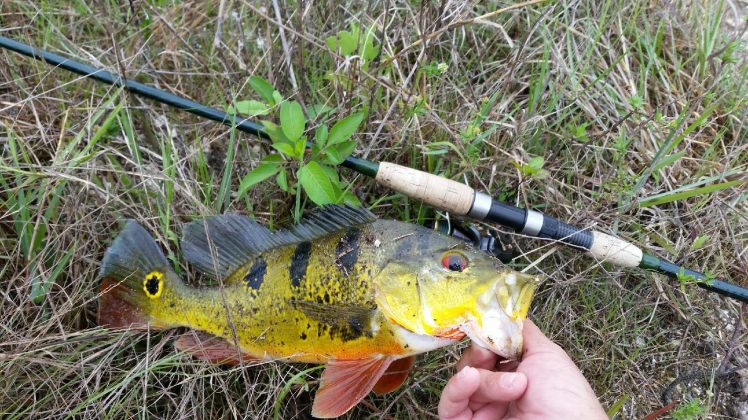 And then the rains came…  The heavens seemed to open up on the Ten Thousand Islands and Collier County.  With recorded amounts of over 19 inches of rain, in three days, south of Goodland, the bite changed dramatically.

Ben and Lucca checked out the spillways and local canals of the Everglades.  They had some fun playing with Juvenile Tarpon. 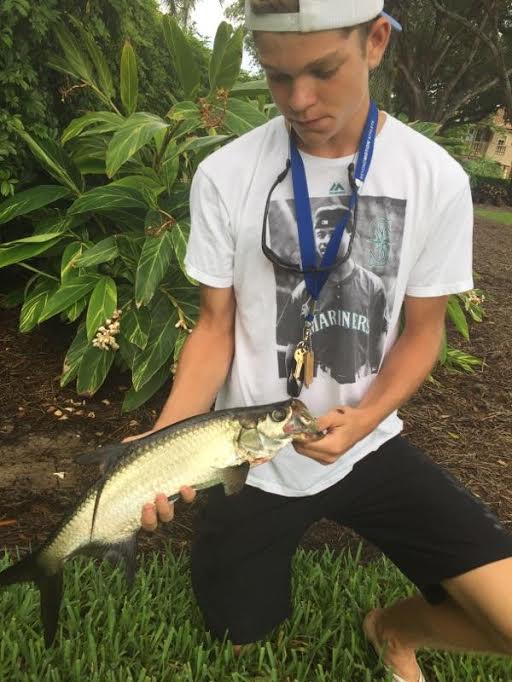 The Salt Marshes have turned into Sweetwater Marshes.  Cooling water temperatures and higher currents from water runoff have changed the pattern. I went out scouting with fellow angler and friend, John.  We were looking to see what was biting.  Much to our surprise, we found a mixed bag of fish chewing.  We were catching everything from Speckled Sea Trout to Goliath Grooper, while fishing around the river mouths.

John and his wife Jill went out the next day, checking out the outside points.  To their surprise, the big Black Drum were still hanging out.  They ended up releasing 5 of them, averaging 27 inches.

Sunday, I had the pleasure of taking Mark and his son, Mark Jr., for a 1/2 day backwater fishing trip out of the Ten Thousand Islands. We played around with the Sharks, while waiting for the tide to change, and broke off several.  Once the incoming tide started moving in, the Snook and Redfish bite turned on.  Fishing the outside points, a couple were lost, but we were able to bring these quality fish to the boat.  Unfortunately, Snook is out of season and the Redfish was over slot. 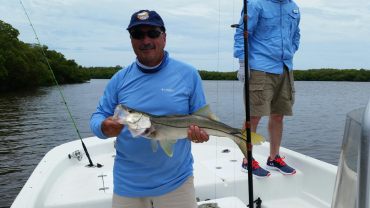 I expect the bite to get even better and am looking forward to an amazing summer!