Featured below are pictures of Walter’s Birthday group.  His sister Linda hooked him up with a fishing adventure, that I’m certain he won’t forget. 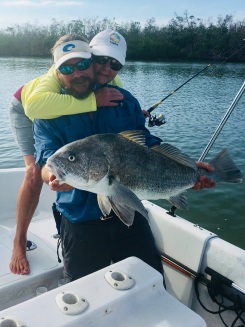 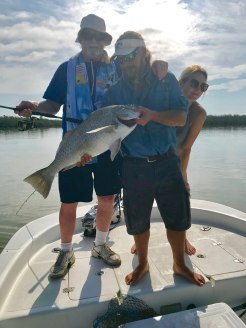 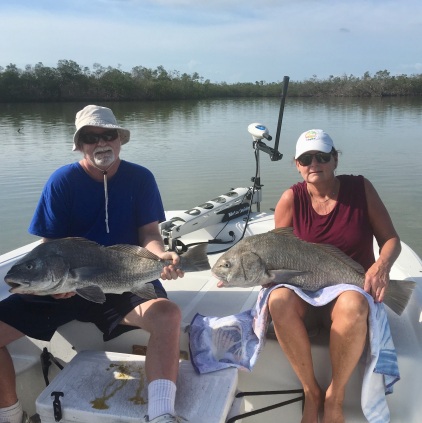 After we wore out these anglers with this Drum school, Linda wanted to put him on some larger fish.  We set out after Tarpon and Sharks.  We raised only one Tarpon, but plenty of Sharks.  Walter caught his largest shark, to date; a seven foot Lemon Shark! Smiles all around. He threw in the towel around 12:30.

The first week of May, I took out a couple of groups targeting Shark and Tarpon. Denny prevailed as the winner. He jumped two Tarpon and landed a gorgeous five foot Spinner Shark. 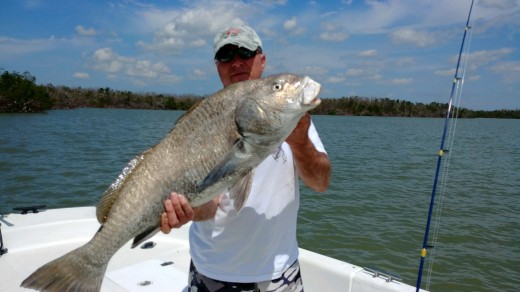 Then he decided to jig up this beautiful 25 pound Black Drum, caught on 10 pound, light tackle spinning gear.

The bite is only going to get better through Spring. Give us a call if you would like to get in on some big fish action in the Ten Thousand Islands.